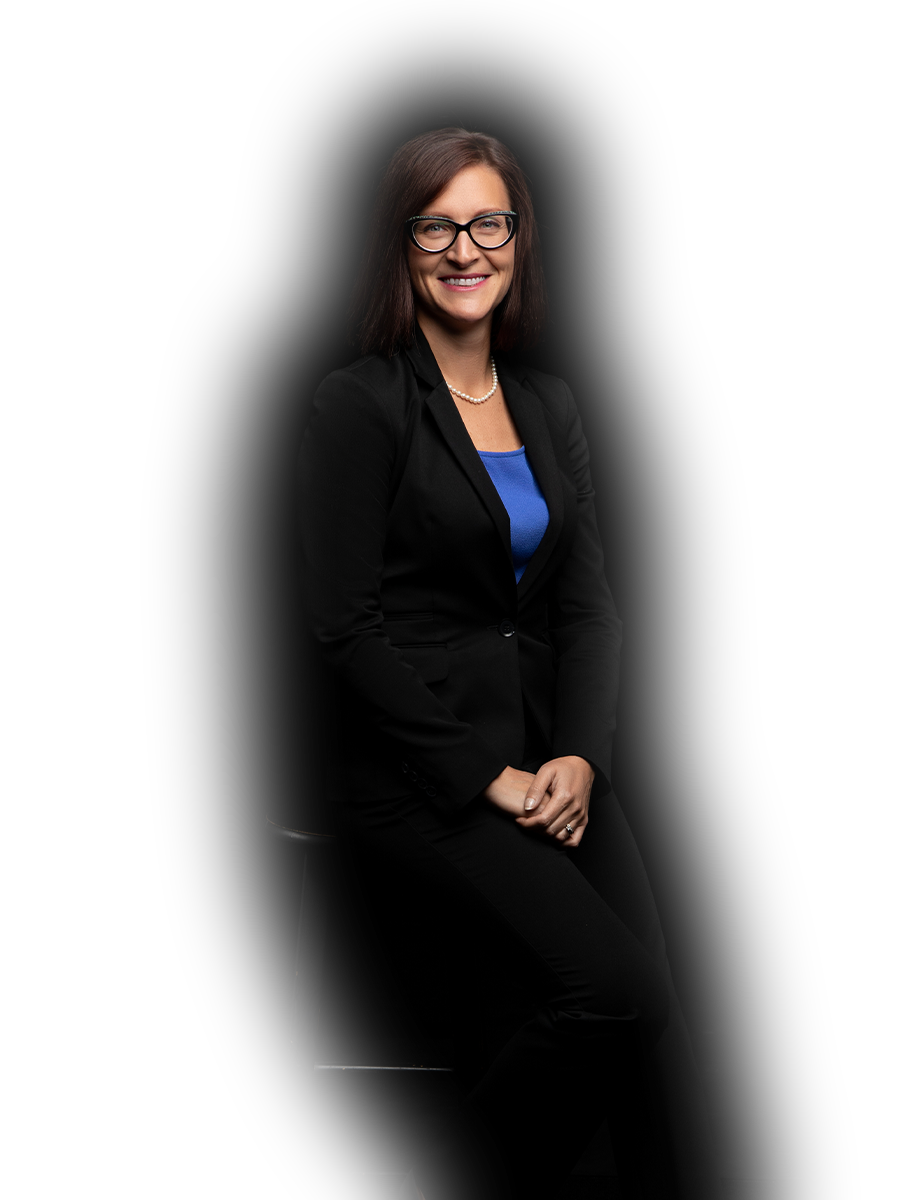 Elisa M. Murillo is a shareholder with the firm Aafedt, Forde, Gray, Monson & Hager, P.A. Born and raised in Minneapolis, Elisa left home to attend Bowdoin College in Maine for two years, then returned to the Cities to complete her Bachelor of Arts degree in Psychology at the University of Minnesota.

Elisa is fluent in Spanish and is admitted to practice in Minnesota, Wisconsin, and the United States District Court of Minnesota. She is a member of the Minnesota State Bar Association and the State Bar of Wisconsin. She previously served as Chair of the New Lawyers Section of the Minnesota State Bar Association and was a member of the MSBA Council and Assembly. Elisa was named as a finalist for the Public Justice 2013 Trial Lawyer of the Year Award in honor of her outstanding contributions in United States and State of Illinois ex rel. Absher v. Momence Meadows Nursing Center, Inc. Prior to joining Aafedt, Forde, Gray, Monson & Hager, Elisa served a two-year term as Law Clerk for the Honorable Cara Lee Neville in the Fourth Judicial District, Hennepin County, and practiced in the areas of workers' compensation, social security disability, pharmaceutical and medical device litigation, and personal injury at plaintiff firms in Minneapolis.

Elisa has handled litigated matters involving tort claims in district, appellate and federal courts in Minnesota. She has also handled jury trials in district courts. Historically, she has worked in civil litigation since entering law school, in both plaintiff and defense firms in the Twin Cities metro area. She has handled cases involving no-fault arbitrations, workers compensation, and civil liability, appearing on behalf of plaintiffs, defendants, and third-parties. Elisa works collaboratively in multi-party matters involving injuries, on behalf of employers, insurers, and third-party administrators. She handles subrogation recovery on behalf of employers for workers’ compensation benefits paid. In addition to litigation work in these fields, Elisa has participated in multi-party alternative dispute resolution in Minnesota and Wisconsin, obtaining successful outcomes on behalf of her clients.

Elisa Murillo's twelve years of combined experience working at the courthouse, representing plaintiffs, and representing defendant insurance companies benefit her clients because she has the ability to view the merits of each case from all perspectives, including that of the decision-maker. Her unique set of trial skills, knowledge of litigation tactics, experience, and focus on professionalism help her advise and advocate for her clients.